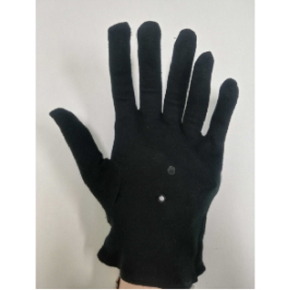 Can our brain accept an additional robotic limb

The adaptability of the brain, and its acceptance of new robotic limbs to replace a missing one, are areas that have been studied for a long time. But what about an additional limb? For the first time a study, conducted by Ganesh Gowrishankar of the Laboratoire d'Informatique, de Robotique et de Microélectronique de Montpellier (LIRMM - CNRS/Université de Montpellier), in collaboration with the University of Electro-communications of Tokyo and published in Scientific Reports, shows that the brain can accept and embody an independently controlled artificial limb. A promising advance, in particular for understanding the limits of cerebral plasticity.

How do you know if a hand or a leg you see belongs to you? The question seems strange because the recognition of our limbs seems obvious to us. However, starting with the so-called "Rubber hand illusion" experiment, studies over the past few decades have shown that it's actually quite easy to trick our brains into believing that other artificial limbs are part of our body. These studies have shown that our brain is very flexible in what it defines and accepts as our body. This flexibility is helpful because the human body changes as we grow. Physical changes can also be caused by accidents or paralysis, to which we are able to adapt, and it is also possible for us to accept artificial prostheses to supplement lost functions.

But what is the limit of this acceptance? Is it possible to add new limbs to our innate body? And can we still feel the added limbs as part of our body? Several previous studies have attempted to answer this question by attaching additional artificial limbs (e.g. fingers or robotic arms) to humans. However, all of these attempts have relied on "limb replacement" where the added limb is actuated by the movements of an existing limb and any haptic feedback on the added limb is provided to the existing limb - in effect replacing that existing limb with the new one. It remains unclear whether our brain can accept (in technical terms, "embody") a truly independent additional limb - one that can be moved independently of any other limb, and from which we can obtain haptic feedback independent of any other limb. 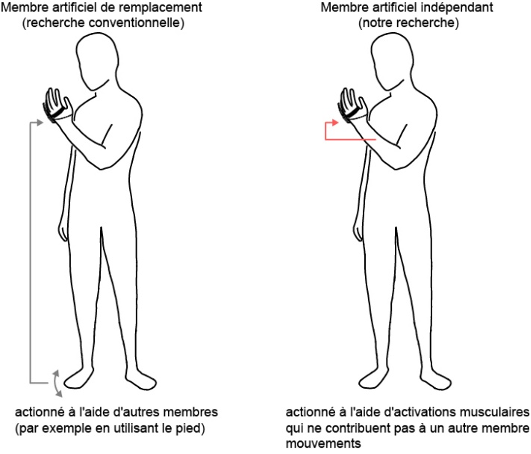 To answer this question, this study carried out within the framework of the JST Inami ERATO project, developed an "independent" artificial "sixth finger" system that a human user can wear on his hand. The researchers isolated the part of the electrical activity of the forearm muscles that does not contribute to any movement of the limbs (specifically the fingers and the wrist for the forearm muscles) and used it to control the movements of the sixth finger. The finger includes a haptic "stimulator" that provides haptic feedback of movement of the sixth finger to the side of the user's palm.

The sixth finger is very intuitive to use, and 18 adult participants were asked to use it in two games where they had to move their real and artificial fingers guided by music and visual cues. The researchers compared their perception of their hand before and after the adaptation, using questionnaires and behavioral tests that examined their movement trajectories, and their perception of the position of their index and little fingers in space.

They observed that the more the sixth finger is embodied (accepted by the brain), the more a participant is unsure of the location of the edge of their hand, indicating that he slowly begins to feel that the independent sixth finger is part of his hand. The researchers were thus able to show experimentally for the first time that an independent artificial body part can be incorporated into our body.

From an application point of view, this experiment and these results are promising for the future development of wearable artificial limbs. There are plans to expand the study to see if our brains can embody organs that humans don't have, such as a tail or wings. From the point of view of basic science, one can wonder how our brain changes when a new independent limb is embodied by it. Certain regions, such as the motor and sensory cortex, are known to incorporate a spatial map of our limbs. Understanding the changes that occur in these maps can allow us to understand the extent and limit of embodiment.

All procedures of the experiment were conducted after approval by the Institutional Ethics Review Board of Tokyo Electro-communications University and all participants provided informed consent for their participation in the experiment.

Watch the video of the project here.