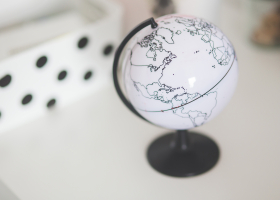 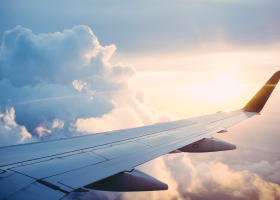 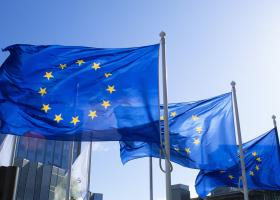 This page intends to provide a reading of the Horizon Europe (HE) programme from a researcher perspective. 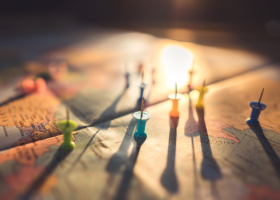 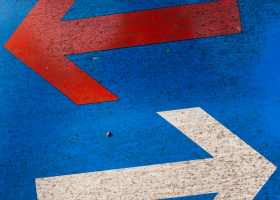 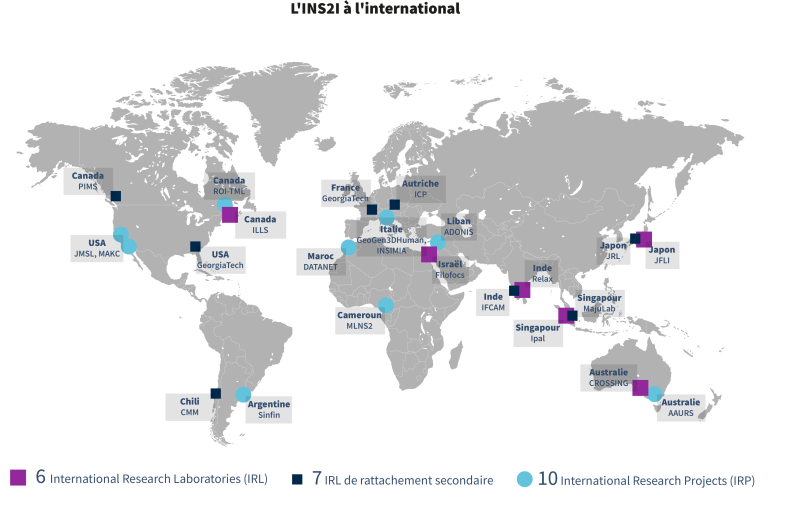 This page intends to provide a reading of the Horizon Europe (HE) programme from a researcher perspective.

All official texts about HE are composed of fully cryptic jargon and acronyms. Here we try to introduce the main concepts without much of those, leaving an explanatory part on jargon to the end. As a consequence, the information provided here may not be always formally correct. For fully and formally correct descriptions of HE, good sources are the European Commission page of Horizon Europe and the same kind of page at the French Ministry, while the ultimate source is the European legislation that established the programme.

What is Horizon Europe?

Horizon Europe (HE) is a programme that funds research across the European Union and some other countries, known under different names, like Associated Countries and others. Think of the French ANR and its funds opportunities. In the case of HE, the funds are disbursed by the European Commission itself, or by a number of joint undertakings between the Commission, Member States, and Industrial partners (see Partnerships further down), or yet by a number of European agencies, depending on the part of the programme to which the project belongs. Don’t get inhibited by the many acronyms of such agencies, like REA, ERCEA, HADEA, etc., as these are just administrative bodies executing the budget.

What are the places of entry for researchers?

HE has several subprogrammes and each of them is designed to fund a specific type of research, according to their respective Work Programmes. Here are the main ones, listed by the type of research you may wish to develop at the European level.

Work Programmes are the official documents describing the call for proposals for each of the subprogrammes. They are usually published every two years. They are where you’ll find all the information you need in order to start your proposal.

A little of jargon

Now that you know more or less where to look for the funding opportunities that most suit your current research goals, let us tell you how to map the above introduction into the documents you’ll find about HE.

Horizon Europe is presented as three pillars and one transversal component, as follows. 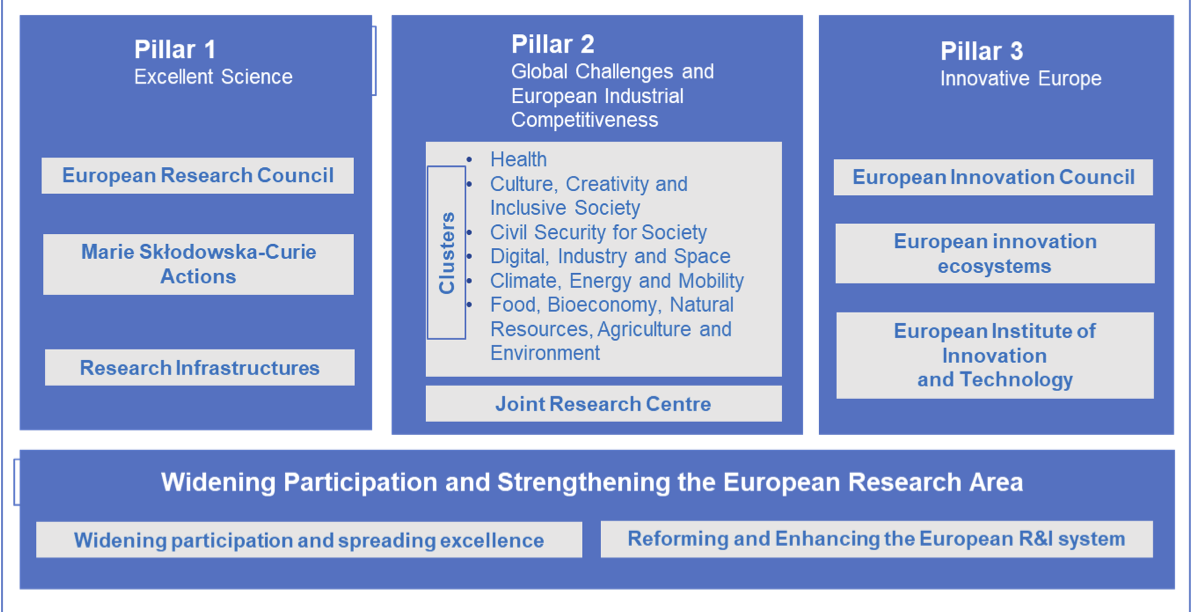 In the first pillar the legislation that established HE put the ERC, MSCA, and the Research Infrastructures, and called it “Excellent Science”. This of course begs the question whether the other pillars are for ‘mediocre science’. The answer is not. They all focus on excellence. It’s just that the other pillars are also driven by other considerations, like industrial competitiveness or innovation.

It’s in the second pillar that we find the RIA/IA for boosting key technologies and solutions underpinning EU policies & Sustainable Development Goals on few selected areas, called ‘Clusters’. There you’ll also find something called Joint Research Centre (JRC, or CCR in French). Don’t bother. The JRC is just a department of the European Commission. It is not truly a subprogramme but appears in this pillar because it is funded by HE .

The third pillar is the one driven by “Innovation”. You’ll find the EIC there.

The COST Actions mentioned above belong in the “Widening” part of the transversal component.

Lastly, but not least, in Pillar 2, HE has also the notion of Partnerships, which are an integral part of the programme and bring together players from the economic world and the academic world, along with the European Commission, in order to help and/or implement the execution of the Work Programmes.

One last word on an important jargon. Above we mentioned ‘technology maturity’. Horizon Europe is very specific about that and call it Technology Readiness Level, known as TRL. Levels go from 1 to 9, depending on the distance the technology stemming from your research is from market deployment (9 is closest). The following definitions of TRLs are given by HE, recognising that there are important differences between technological fields:

A rough correspondence can be established between the HE Pillars and expected TRLs, with lower TRLs usually pertaining to Pillar 1 and higher TRLs usually pertaining to Pillar 3, with Pillar 2 usually expecting mid TRLs. However, exceptions to this rule-of-thumb abound and one cannot establish a clear rule regarding expected TRLs by sub-programme. For example, the EIC, in Pillar 3, aims to fund projects both in low TRLs (EIC Pathfinder) and high TRLs (EIC Transition and EIC Accelerator).

If you have questions, don’t hesitate to contact your laboratory’s Correspondant Europe (each UMR CNRS has one such person).

We do hope that this information helps you finding your way in the HE jungle. If you see some way to improve this page, or any question, please send us an email. 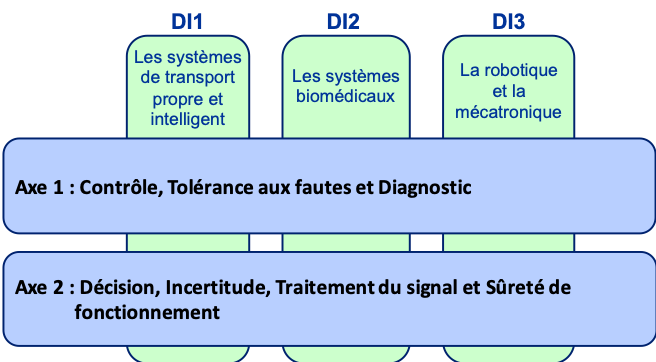